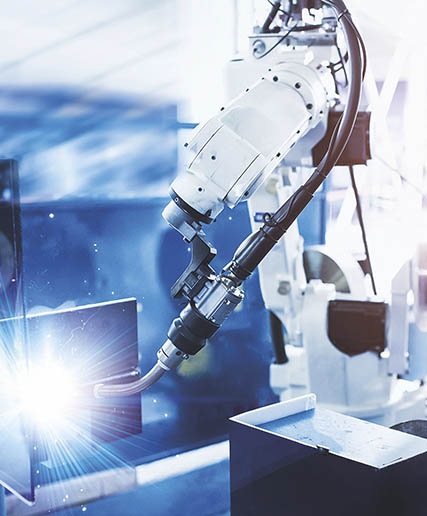 The drive to fly

PAL-V: the Personal Air and Land Vehicle, the world’s first flying car. Or is it ‘a plane that’s also a car’? ‘Simply fill up with Euro 95 and fly to London, Paris, or Frankfurt at 180 km/h.’

As explained by Beau Metz, Marketing and Sales Officer at PAL-V: ‘People have been dreaming about flying cars for 100 years – Henry Ford was one of those people. All of those brilliant visionaries have been trying to create a vehicle of the future. It looks fantastic on paper, but there’s not much you can do with it in real life. That’s why PAL-V, which is compatible with existing infrastructure, focuses on the possibilities within legislation and regulations. As it can use normal roads and small airports, it really is the flying car of today.’

The idea arose when co-founder John Bakker took up flying in 1999. He was frustrated that pilots would need to take off from an inconvenient location and land in a place they don’t want to be. So, together with Robert Dingemanse and a number of dedicated team members, PAL-V International BV started designing a roadworthy aircraft in 2008. 2012 marked a milestone: the prototype drove and flew in compliance with the highway code and aviation legislation. In 2018, the PAL-V Liberty – the first commercial flying car – was launched at the Geneva International Motor Show. In 2022, the Liberty received its official vehicle registration for the road in full compliance with current legislation.

‘The development of the PAL-V Liberty is now in its final stage: aviation certification,’ says Bartjan Rietdijk, R&D Manager. ‘Last summer, the definition of the vehicle was frozen on the basis of proposed solutions. The engineers are now working on further engineering. We expect that, after all the reviews, the drawing package will be ready in June 2022 and we’ll have ordered all the parts by then. At the end of 2022, we can start to build the prototype for driving and flight tests. The first flight is scheduled for spring 2023, followed by an extensive flight test programme and detail tests. By the end of 2023, we hope to deliver the first fully certified Liberties to customers.’

In order to keep to the growth schedule, VIRO has been asked to ‘fly in’ additional engineering capacity. ‘In October 2020, we had our first phone conversation with a VIRO Sales Manager. This was followed up by an in-person meeting just one month later. Their engineers got on really well with our Lead Engineers. Since September 2021, six VIRO engineers have been working at PAL-V in the Electrical, Landing Gear, and Power Plant teams,’ explains Bartjan Rietdijk.

As one of VIRO’s engineers working on the Landing Gear subsystem explains: ‘You have the fixed, non-spring-loaded part of the vehicle and the spring-loaded part that’s attached to the wheels. That’s where you’ll find the wheel suspension, springs, and braking system, as well as the controls for the folding rotor blades. This hydraulic system is also part of the landing gear.’ There are some major things to consider in a car that can fly. ‘The car’s foot pedals take on a different function when you start flying. As soon as you switch the function, they start to operate the rudders of the tail, so that you can steer while airborne. It’s a very precise hydraulic system that uses very little oil.’ A VIRO colleague working on the hydraulic system, the rudder, and the pedals explains: ‘Temperature changes are one of the things we have to consider. These cause the oil to expand, which means the steering might not work quite as instructed. Having to compensate for that has revealed all kinds of other aspects.’

Two other VIRO engineers are part of the electrical team. ‘All colleagues at VIRO are Mechanical Engineers with their own scope. I bring my knowledge of industrial design, while my colleague contributes from a wiring perspective. Another VIRO colleague has more of an all-round scope,’ says one of them. VIRO employees aren’t only contributing their specialist knowledge, but also their experience: ‘PAL-V has witnessed huge growth in a very short space of time. Most of us also have experience with ASML’s way of working, for example. So, on projects where that helps, we can support PAL-V methodically by structuring and designing processes and documents differently.’

‘Just imagine...,’ adds Beau Metz from PAL-V. ‘You’re driving your PAL-V from your garage at 160 km/h to the nearest airport. The Netherlands alone has 23 airports; Europe has thousands. Within five to ten minutes, the car has transformed and is ready to fly. The PAL-V can cover 500 kilometres on a full tank. At a speed of 180 km/h, you can get from Amsterdam to London Gatwick in 2.5 hours. This is all thanks to our enthusiastic team with a drive to fly!’ 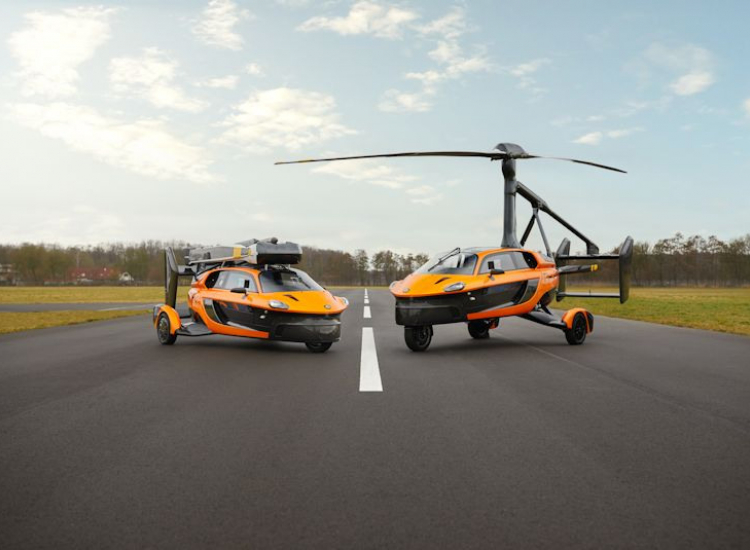 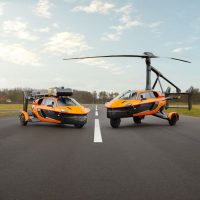 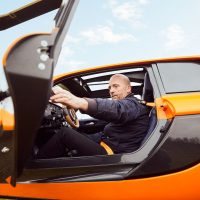 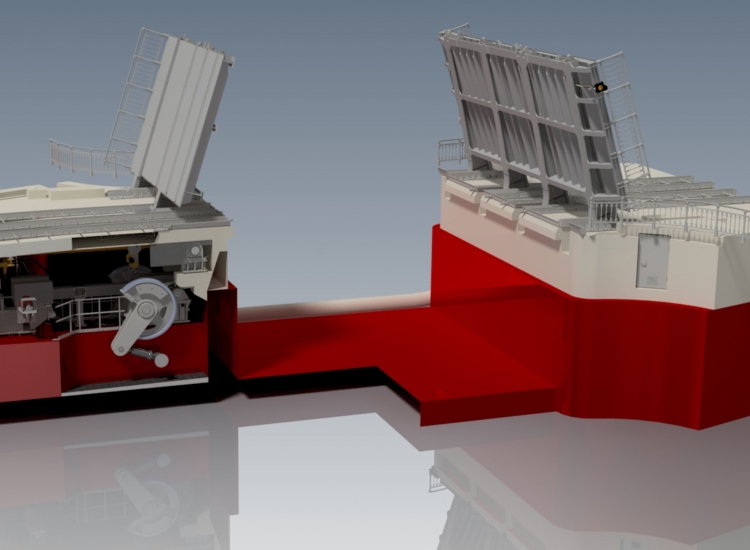 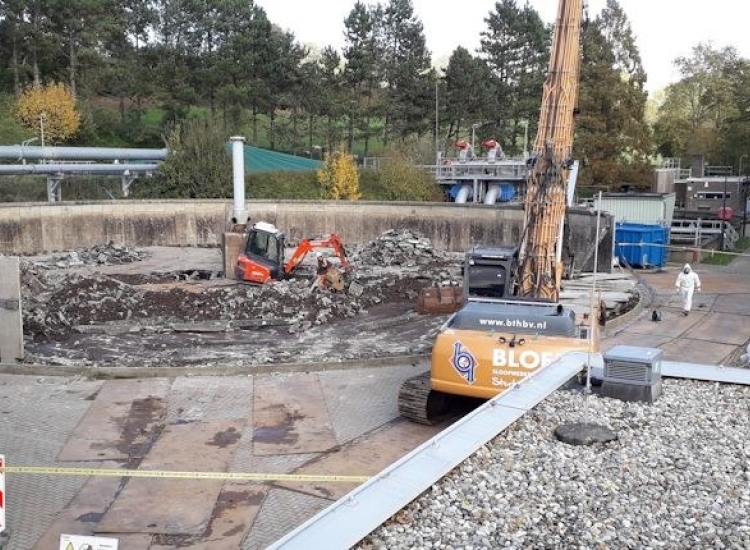 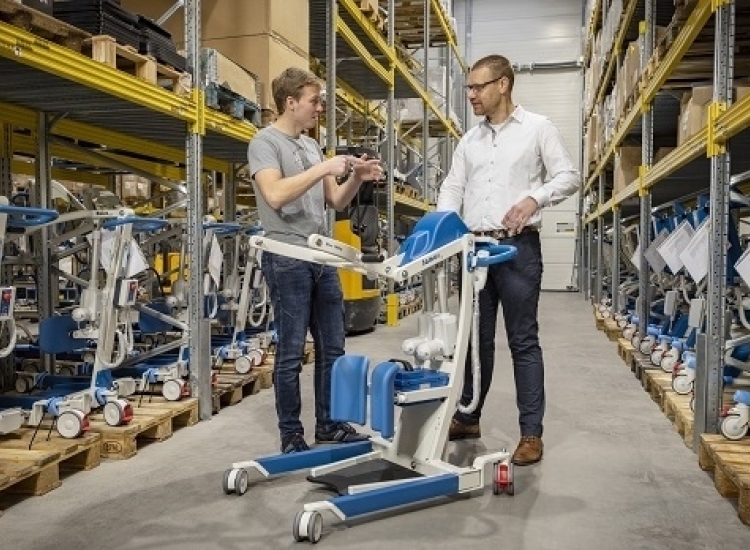